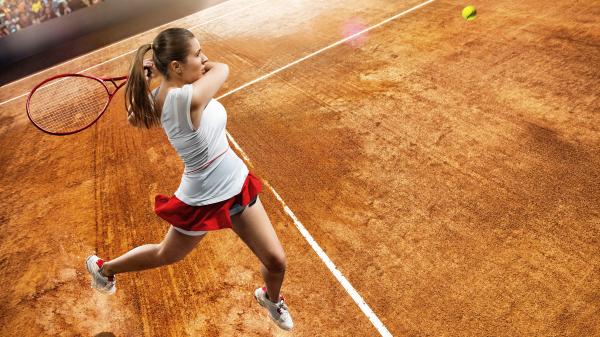 Forget jogging or playing football: the secrets to long life are tennis, swimming and aerobics.

Researchers at the University of Oxford have discovered that some sports can cut the risk of dying prematurely by almost half.

Although the workout gained from playing football has significant health benefits, it was not sustainable into old age, so has little long-term effect, they claim. Their study found that people who played racket sports such as tennis, squash or badminton slashed their risk of dying from heart disease and stroke by 56 percent. This is a huge deal because of which quite a lot of people are looking for ways to play more. That said, if you’re thinking of playing tennis, you could look online for various tennis lessons as well as find a tennis partner this way. If you’re looking for other ways to stay fit, swimming cuts the risk by 41 per cent and aerobics by 36 per cent. However, no such benefits were seen in people who listed football, rugby or running as their main exercise.

Charlie Foster, one of the study authors, said the physical variation of total body exercise such as swimming and aerobics was key to the results.

People who did a range of physical activities in their youth were more likely to continue with sports as they aged, he said. “There is a certain age limit to how well you can play football or rugby, or go running, to get the needed health benefits. People tend to move on from team sports to other forms of exercise when they get a bit older and their knees wear out. You can’t store the benefits of sport done in your youth.”

The study, published in the British Journal of Sports Medicine, examined information from 80,306 adults with an average age of 52 who took part in national health surveys between 1994 and 2008.

At the start of each survey they were asked how much physical activity and what type they had done in the preceding months. Only 44 per cent were getting the recommended weekly amount of exercise.

Researchers tracked participants’ survival for an average of nine years – 8,790 of them died from all causes including 1,909 from cardiovascular diseases. When compared with those who did not meet the weekly recommended physical activity quotas people who played racket games had a 47 per cent lower risk of early death.

Dr Foster said: “With a more social activity, like going to a class or meeting a friend regularly to play tennis, there is the element of commitment so it’s a little harder to talk yourself out of it. You have to do something regularly and that usually boils down to something you enjoy, is for a purpose or done with other people. The social and mental benefits impact on health.”

Tim Chico, consultant cardiologist, said that the results should not be misinterpreted as many people were likely to overestimate or exaggerate activity levels. “I will continue to tell my patients that regular physical activity, including running, is more effective in reducing their risk of heart disease than any drug I can prescribe,” he said.

Zoe Williams, clinical champion for physical activity and lifestyle at the Royal College of GPs, said: “Regular exercise, even moderate amounts, has been shown to significantly improve physical health and mental wellbeing. Even half an hour of physical activity spread across the day can make all the difference.”

Elsewhere, the number of adults swimming at least once a week in England has fallen by 23.7 per cent in the past decade, according to Sport England data, despite more than 500 swimming pools opening since 2006. The Amateur Swimming Association said that more people were choosing activities such as aquacise and wild swimming. Swimming remains the country’s most popular mass participation sport, however.