Nudging, not nagging, is good for our health 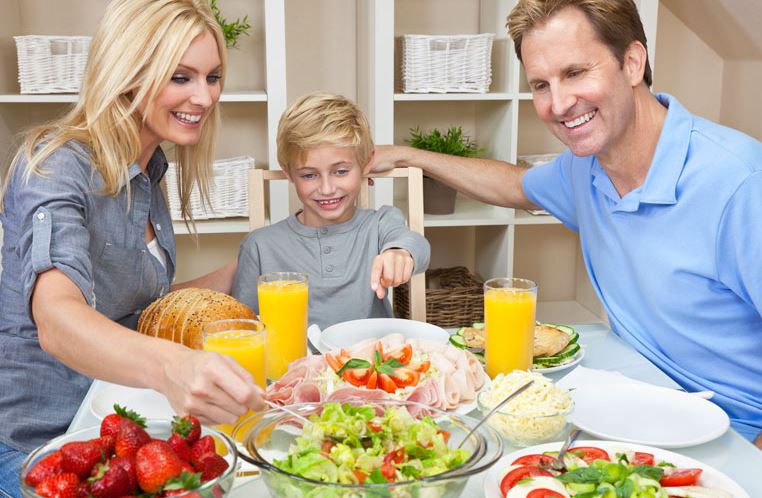 A plethora of quangos pumps out conflicting messages on food and diet when what we really need is simple guidance.

It’s not just sizzling roast potatoes, goose fat chips, buttered parsnips and cheese and onion crisps that consumers have been asked to avoid. Gingerbread men, breakfast cereals and ice cream wafers have also been listed as potentially dangerous by the Food Standards Agency because they contain acrylamide which, if taken in extremely large doses, could possibly cause cancer. Pubs and restaurants could soon be fined if their chips aren’t pale and soggy. This comes on top of advice from the European Food Safety Authority that the palm oil which is found in food products such as Nutella should be avoided.

Consumers can be forgiven for feeling confused as they deal with a barrage of food scare stories. Bacon and sausages have been under attack for years. In December, Defra ordered all poultry owners to keep chickens, ducks and geese indoors because of the threat of avian influenza, and there they remain. Vegans demand a boycott of milk with an advertising campaign showing doe-eyed calves. Breast Cancer UK is warning against tinned food. The UN has weighed in advising that very hot drinks probably cause cancer of the oesophagus. One of the founders of “clean eating” has distanced herself from the movement, so there goes beetroot and kale. No food is safe; even lettuce can contain listeria.

Nearly 90 per cent of the population say that they would like to make dietary changes, according to Public Health England, but there are too many contradictory messages so few bother. They know the mantra: eat less, exercise more. If you put these four words into Google you get nine million hits but few manage to abide by the advice. They might smoke a bit less and cut down on the alcohol but food is both fuel and comfort. The state of the nation’s health bears this out. Nearly a quarter of all adults are now obese and the cost to the NHS of obesity-related illnesses has now reached more than £8 billion a year.

The amount the taxpayer spends on quangos telling them what to consume is astonishing considering what little effect they are having. This is in addition to advice from charities, university researchers, the medical profession and the media.

The Food Standards Agency, which has a budget of £85 million, shouldn’t be telling us how to grill our toast. Set up in 2000 after the BSE crisis, its remit is to protect people against food that might make them ill or kill them. Instead it has focused on simplistic campaigns such as “Your Fridge is your Friend”, reminding people to check use-by dates and not to waste leftovers. Its food labelling system hasn’t been enforced so it’s ineffectual; its food crime unit hasn’t finished a single investigation; its food hygiene ratings are ignored by food outlets that score zero and are deemed to be in need of urgent improvement. These places don’t even have to display the ratings in their windows — and this includes restaurants with sewage on the floor and rats in the kitchen. The FSA is so hopeless it missed the horsemeat in burgers disaster and the cloned beef in pies.

Meanwhile Public Health England, which receives £302 million a year to educate the British about their lifestyles, is the body that is supposed to nudge the British towards healthier eating with suggestions for swapping large plates for smaller ones and eating more slowly. But even its advice has occasionally been mixed, veering from low-fat diets to full-fat dairy.

Apples marketed as “succulent” outsell ones billed as “healthy”

Their government-backed campaigns involving legislation are the most effective. They send a simple, clear message that a product causes harm — that’s why a sugar tax is important. It’s not the tax on two litres of Fanta or Coke in itself that will cause consumers to switch to water; rather it’s the growing awareness that sugar is now seen to be worse for health than other foodstuffs and in the same category as cigarettes and alcohol.

People still put pleasure — taste and texture — before health. Intelligent nudging rather than finger-wagging can make a virtue of this. In one experiment a supermarket tried placing its nut cutlets next to its lamb chops and steaks instead of in the “healthy living” section. It sold three times as many in a week. In another experiment twice as many consumers chose the apples that were labelled “succulent” compared with the ones called “healthy”. When supermarkets become involved they make a huge impact: naming and shaming companies gets better results than doing the same to individuals. Once reproached, large food conglomerates can cut down salt and sugar levels more easily than children and parents who don’t want to have to scan the contents of their puffed wheat or yoghurt drinks each morning.

As with so many other areas, Brexit negotiations will give Britain a chance to reconsider all our health and food quangos. Nor will we be subject any longer to European legislation on food controls on everything from GM to the ingredients of jam. There are some areas where Britain may want to go further than the European Union, for instance origin labelling and establishing limits on campylobacter in chickens. Other laws on approved additives are sensible but some of the legislation isn’t necessary.

Britain won’t be able to blame Brussels for insisting that bananas must be “free from malformation or abnormal curvature”. But if the Food Standards Agency is to step up and provide proper, well-thought-out safety measures for consumers that protect the food chain, it shouldn’t be coming up with any more scare stories about roast potatoes either.