Forget misery, the Olympics are about joy 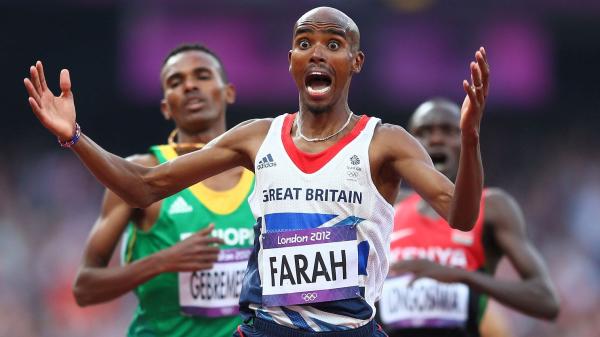 Despite the lingering doubts over doping, Matt Dickinson hopes we can revel in athletes’ pursuit of immortality.

You will have heard a lot about what is wrong with the Olympic movement in recent days. So here, as Rio de Janeiro completes the final touches before opening night, is some of what is right.

Like the fact that someone in the next 17 days will run, swim or cycle faster than any person in history; jump higher, bound further, vault more spectacularly, tumble from a diving board more perfectly than anyone has done in human existence. We will see humans go where no humans have gone before. Ever.

Hundreds of athletes will live the happiest moment of their lives. Cherished dreams will be fulfilled. Careers will be defined by moments of pure ecstasy. And we will all be able to share in their triumphs, their glory.

Hundreds of athletes will live the happiest moment of their lives

If there is one thing that is different — make that special — about covering the Olympics, it is the deep and genuine joy of athletes in sharing their stories; the rowers delighted to see you there, the judokas and gymnasts so happy to tell of the long years of training in obscurity, fuelled not by money but by a simple vision that one day they will have a gold medal hung around their neck.

This is their time, their 17 days, and you really should not miss it. The Olympics offer a shot at immortality just once every four years and that rarity makes the striving all the more desperate and dramatic. There will be another Test match, another football game along soon enough.

The Olympics are unique because the whole world gathers unlike World Cups or World Series. Women are here for a start, and celebrated as much — often more — than the men. Here, the whole world is represented, from Comoros to Nauru, Kiribati to Aruba (the parade at the Opening Ceremony is a geography lesson all in itself). Some will be seeking the country’s first ever Olympic medal, like the rugby sevens players of Fiji.

Uniquely in Rio, the world will cheer a team of refugees. The pompous overlords of the IOC have not got much right in the build-up to these Games — and it may be hard not to burst out into cynical laughter when the athletes, including the Russian team, read out the Olympic oath “committing ourselves to a sport without doping” — but inviting Yusra Mardini to compete for the first refugee team will bring fresh, true meaning to the Baron’s old line about the importance of simply taking part.

A year ago, Mardini was thrashing around in the Mediterranean with her sister, Sarah, after fleeing Syria. A traumatic journey through Lebanon and Turkey led them to a crammed dinghy heading for Greece which broke down, requiring Mardini to jump in the water to guide it to safety.

Now, as one of ten displaced athletes from Syria, South Sudan, the Democratic Republic of Congo and Ethiopia, her swimming comes in an Olympic pool. Tomorrow, she and her fellow refugees will enter the Maracana stadium next to last, just before Brazil, the hosts. Whatever else the opening ceremony brings, you suspect it will be worth enduring for that sight alone.

Sentimentality is allowed though, of course, we are really here to observe distinction and excellence; humans at their strongest, fittest, quickest or, if synchronised swimming is your thing, most graceful and manicured. How uplifting it was this week to hear Justin Rose talk with boyish wonder about being among these supreme athletes; a golfer who earns more in a good week than most will do in their careers yet comes, humbly, to learn and to hope that some of their Olympian dedication rubs off.

More fool Rory McIlroy for spurning the chance to open his eyes to something bigger than golf, choosing to grind out five-irons on some practice ground when he could be here in Rio, drawing inspiration from some of the most extraordinary humans on earth.

The Games will not fix anything but they will lift hearts and, hopefully, show the best of Rio and its Carioca colour

Yes, all of human life is here, and that includes the venal and vainglorious. But I still recall what Simon Barnes, the former Times writer, explained one day at the Beijing Games in 2008: “Everywhere you look is the most important day of somebody’s entire life.”

Whether in triumph or despair, in glory or anguish, these next 17 days will leave indelible memories and marks. To watch the brilliant documentary this week about Zola Budd and Mary Decker, and their fateful collision in 1984, was to observe the forces that swirl around the Olympic stage, for ever altering lives. If you still need convincing to tune in, you could always head down to Stratford in east London — perhaps the easiest and cheapest way to seek an Olympic fix.

You can buy a coffee while watching cyclists spin round the steep banks of the velodrome pretending to be Sir Chris Hoy; wander through the Queen Elizabeth II Park past the stadium where, if you close your eyes, you can still hear the roars for Mo Farah coming down the home straight, which I swear were the loudest I have ever heard.

For £4.95, you can dip, like I did, into the swimming pool where Michael Phelps became the most successful Olympian of all-time and imagine, however fancifully, that you could have been a contender.

It is certainly not delusional to recall that those Games brought out the very best of London, and Londoners. We wait to see if the same will be said of Rio but I think we can say without fear of contradiction that these Olympics will be the most spectacularly telegenic.

If you were designing an Olympic backdrop, it would look something like this sports-mad city of golden beaches, forested mountains, and inner-city lagoons. It would have beach volleyball on Copacabana, and all the action unfolding under the Corcovado. When Rio won with its Olympic bid in 2009, beating Madrid in the final round, it was a very different Brazil. Like every Olympics, this one has cost an obscene amount, funds that Brazil might have spent on infrastructure other than a cycling track or basketball arena. But the motivation for bidding in the first place still holds true. Brazil, as a country, receives fewer than six million tourists a year. Colchester claims to attract that many people every year to its Roman ruins, zoo and castle.

Brazil wanted the Olympics to parade itself to the world, believing that there is no better advert. Yes, the fat-cats in limousines in their Olympic lanes will blithely cruise past crammed and impoverished favelas but only a politician ever claimed that sport could solve the world’s problems, and only a fool ever fell for that guff. The Games will not fix anything but they will lift hearts, stir souls and, hopefully, show the best of Rio and its Carioca colour.

There have been the usual pre-Games alarms, many of them true, but there has not been an Olympics without a chequered build-up. And none has been untouched by scandal, including our own in London which was undermined by Russian (and other nations’) cheats, more than we knew at the time or may ever fully comprehend.

Rio will have its frauds, too. Some will be exposed immediately; some, like London, may take many years to unearth. Some will get away with their deceit. It has been that way for decades.

The war on doping is one that can, at times, seem impossibly vexed, but we should also guard against hysteria. We should remind ourselves that the vast majority of athletes in Rio are clean. A lily-livered response by the IOC to the Russian doping scandal cannot undermine the pure pursuit of dreams of so many honourable competitors.

If you have ever bought a lottery ticket, you have your own stake in the Games, and in Team GB. That system of funding is the envy of much of the sporting world, and the investment has been paid back in gold, silver and bronze since the turn of the century.

The expectation for Rio is that these will be Team GB’s most successful overseas Games, with highlights likely to include Sir Bradley Wiggins as he seeks to become the most decorated British Olympian as one member of the four-man machine of team pursuit. Jessica Ennis-Hill holding off the challenge of Katarina Johnson-Thompson should prove compelling theatre in the heptathlon. We can expect new heroes, some you will not have heard of yet, but will delight in getting to know. And it does not have to be about jingoism. For all the British triumphs, one of my favourite memories of the London Games remains the climax of the women’s triathlon in Hyde Park between a Swiss (Nicola Spirig) and a Swede (Lisa Norden). They were both so spent after two hours of swimming, biking and running that they collapsed through the tape, and it took a photo-finish. Yet the glory was not in who won but their agonised, shared struggle.

These Games take place on the other side of the world, a different hemisphere with its own awkward time zone, which means that some of the major events will be staged in the early hours.

But if ever it is worth staying up until 2.25am for less than ten seconds of sport, it will be to see if Usain Bolt, the greatest sportsman of our age, can prove himself the fastest man on earth for a third Olympics in succession.

My favourite moment of any Olympics is not even an event; it is the pregnant, momentary pin-drop silence just before the 100m — the race of villains and superheroes — when it feels like the entire world is watching on, the air crackling with infinite possibilities.

Can he? Will he? What is humanly possible? Universal and timeless, that awesome sense of anticipation is the very distillation of sport.