Fifth of new medicines to be rationed 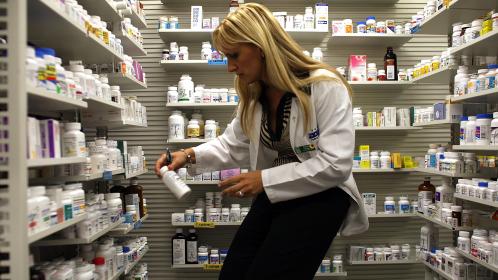 A fifth of new drugs will be rationed under tighter NHS cost-cutting plans, meaning that patients will suffer longer delays for medication.

Sufferers of cancer, diabetes and asthma could have to queue for treatment as health chiefs are handed powers to restrict access to medicines to save money, even if they have been ruled cost-effective by doctors.

Drug companies say that they will no longer launch drugs early in Britain if bureaucrats are given power to stop them from reaching patients for purely financial reasons. Campaigners warned that the plans would put Britain further behind the rest of Europe in offering cutting-edge therapies and more people would die while waiting for medicines.

At present patients have a legal right to be treated with drugs that have been ruled good value for money by the National Institute for Health and Care Excellence (Nice). Medicines that cost less than £30,000 for a year of good quality life are usually approved.

In the autumn The Times revealed plans to impose an extra affordability test on all medicines in an attempt to control NHS budgets that are under exceptional pressure. From April this year, even if Nice approves drugs, NHS England will be able to delay making them available or restrict who is eligible for treatment if the total cost to the health service is more than £20 million a year.

Analysis by Nice and the pharmaceutical industry shows that 20 per cent of newly approved drugs — expected to number about 12 a year — will fall into that category.

In recent years, for example, a cholesterol drug given to 160,000 people at risk of heart disease and a “breakthrough” prostate cancer treatment could have faced delays or restrictions. No drug to treat rarer diseases such as Duchenne muscular dystrophy would have been approved under the plans, the industry believes.

Phillip Anderson, of Prostate Cancer UK, demanded the scrapping of “catastrophic” changes that he said would mean patients dying while they waited for treatment to be made available. “A budget impact threshold has the potential to throw the brakes on the most effective new treatments and technologies just before they get to patients,” he said.

“It is unacceptable to put in place an open-ended ‘blank cheque’ for NHS England to request a very lengthy delay.”

Baroness Morgan of Drefelin, chief executive of Breast Cancer Now, said that the move would be devastating to cancer patients who were relying on new drugs to stay alive. “We are hugely concerned that the £20 million budget impact threshold would be a massive setback for access to new cancer drugs in England,” she said.

“With one in five new drugs set to be delayed by the proposed cap, we fear this country really could be left behind in access to the newest and best treatments.”

Patients can arrange to pay privately for drugs not available on the NHS but they must also meet staff costs and are told to go elsewhere to be treated.

NHS England says that the fifth of drugs caught by the new measure cost about £400 million a year compared with £125 million for new drugs below the threshold. Despite an existing £11 billion cap on the total NHS drugs bill, it argues that limiting who can receive new drugs will avoid the need to cut other services to pay for them.

The dispute comes after a rift over money opened up last week between Theresa May and Simon Stevens, the chief executive of NHS England. He publicly accused the prime minister of “stretching” the truth about NHS funding and “pretending” that cash shortages were not affecting patients.

Richard Torbett, of the Association of the British Pharmaceutical Industry, said that many patients would face delays of up to four years in getting common medicines. “Almost anything that’s in primary care — diabetes medicines, respiratory medicines, if there is anything for Alzheimer’s disease — would have a large number of patients even if the price is very low and it would trigger this new process,” he said.

Last year the NHS imposed caps on how many patients could be given transformative new drugs that can cure Hepatitis C to keep the annual cost to £200 million.

Mr Torbett said the industry was willing to negotiate phased introduction of medicines that would cost more than £100 million a year, but questioned the motivation for setting a £20 million figure. “For those really exceptional cases like Hepatitis C, where there’s an obvious challenge, then fair enough. But when it comes to one in five new medicines it starts to be another barrier for patients,” he said.

The change was partly motivated by fears that if a breakthrough dementia drug emerged, it could cost the NHS billions of pounds. George McNamara, of the Alzheimer’s Society, attacked the plan as a “short-sighted attempt to patch up a system that’s haemorrhaging cash”. It risked “cutting away the future hopes of people with dementia when they are most in need”.

He added: “There are potentially life-changing dementia drugs in the pipeline but they are likely to come in over the proposed threshold and the thought that they could still be rationed irrespective of whether they are cost-effective is really disturbing.”

Skin cancer Pembrolizumab, thought to be used by just under 1,000 patients.
Cost:£48 million a year