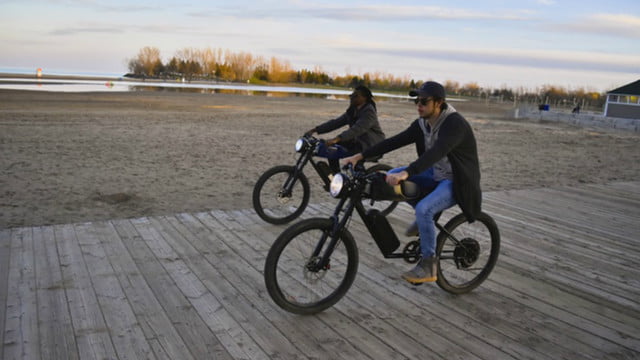 There may be times when you are itching to get out on your bike, but you are physically limited. Nothing is more frustrating than being injured just enough to stop you from taking part in your favourite endeavours. Now, cycling doesn’t have to be one of them.

The invention of electric bikes, sometimes known as ‘e-bikes’ and ‘booster bikes’, give the rider assistance via an electric motor in order to increase pedal power.

Here are a few things you need to know about e-bikes and how they might help you enjoy your favourite pastime.

They are cheaper than you (probably) think 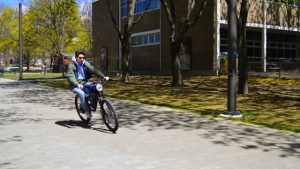 A mid-range racing bike, with a carbon fibre frame can range in price from around 600 to 1000. There is a whole world beyond that where you can spend into five-figures.

Even the name ‘e-bike’ sounds fairly expensive, but they are actually very comparable to a high-quality racing bike. In fact, you can buy a folding electric bike for 500 if you look in the right places. However, there are opportunities to spend more, especially if you like Kalkhoff’s ebikes. After all, an ebike will likely last you a lifetime so it’s often a piece of equipment users like to invest in.

You also have the convenience and relatively low cost of plugging the motor battery into your conventional plug socket. A medium-sized diesel car can cost you about 34p per mile, whereas an e-bike will only cost you paltry 0.4p per mile.

You can (basically) build your own 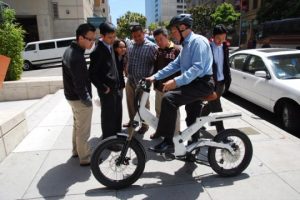 You don’t have to buy an e-bike off the rack. If you have a mountain bike, you can make your own using an electric bike conversion kit. You can pick these up for as little as 150, with some capable of installation in around an hour.

There are actually a couple of options for these kits – either front drive (front wheel motors) or pedal assist (rear wheel motors).

Speed is not an issue

The comfort of riding an e-bike comes in its ability to maintain a good average speed, even when carrying you and plenty of gear. Even if you have a combined of 180 kg (including you), most e-bikes will keep up a speed of 15mph if you want them to.

There are some exceptions to this rule, however. You can buy electric motorbikes which look a lot like conventional petrol-powered versions that can reach speeds of up to 50mph. Pretty rapid if that’s what you’re after, but those won’t give you much change from 10,000.

Still exercise, but with a helping hand

Although some e-bikes are essentially ‘pedal assist’ vehicles, you still need to put in the work and keep the thing moving. Hills will be made easier to navigate, because the effort required to get up them is significantly reduced by the electric motor.

There are rules for using them

You can’t necessarily just jump on your new e-bike and get going. In the UK, for example, you must be at least 14 years old to ride one on a public road. The bike can also weigh no more than 40 kg and the electric motor must have a power output of no more than 200 watts (which is about the same output as an average fridge freezer).