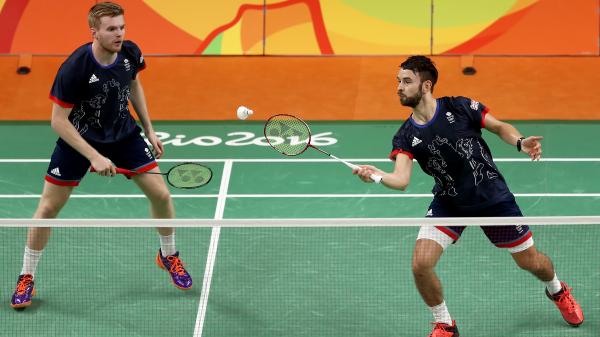 Badminton is one of five sports to be stripped of funding for the next Olympic cycle despite the sport delivering a bronze medal at the Rio Games this summer.

Badminton hit its “maximum” medal target when Chris Langridge and Marcus Ellis won men’s doubles bronze – Britain’s first Olympic medal in the sport since 2004 – but has still had its funding withdrawn by UK Sport. By contrast, Judo had the same medal target and also returned one bronze medal but has seen its funding increase.

Fencing, archery, weightlifting and wheelchair rugby have also lost their funding, although none won medals at the recent Olympics or Paralympics.

Adrian Christy, the Badminton England chief executive, says he is “staggered” by UK Sport’s “incomprehensible” decision, which removes all funding for the elite squad that also includes the likes of Chris and Gabby Adcock, and Rajiv Ouseph.

“How can you return from the best Games for more than a decade, in a year where our players have demonstrated world-class performances and where we can demonstrate the journey to Tokyo is on track, only to have every penny of investment withdrawn?” Christy said.

“We are prepared to fight for the hopes and dreams that their talent deserves and will be making representation to UK Sport and appealing to Sport Resolutions (UK) in due course.

“Badminton is one of the nation’s most participated sports – we are the sixth largest in weekly participation – and now those talented young players, Great Britain’s future Olympians, must wonder about their future ambitions having seen support for the world-class programme removed.”

If I was one of those guys who went out there and came back with a medal, I’d be fumingGail Emms, 2004 Olympic mixed doubles silver medallist

Badminton had its funding cut from £7.4 million to £5.9 million after London 2012, after no players managed the minimum fourth to eighth-placed finish which had been targeted.

Gail Emms, who won Olympic silver in the mixed doubles in 2004, said she could not understand how the performance in Rio could cause funding to be withdrawn.

“I think badminton deserves some explanation and I’m sure they will appeal against the decision. We’re not asking for £27 million or £30 million like some sports. We not asking for anything near that and if I was one of those guys who went out there and came back with a medal, I’d be fuming.”

Emms, 39, who is on the GB Badminton board, said she now fears for Great Britain’s hopes of maintaining its position among the global elite.

She added: “You’ve got Chris and Gabrielle Adcock who are eighth in the world in mixed doubles and Rajiv Ouseph who is in the world top 20 in the men’s rankings.

“It’s not like we haven’t got anyone up there. Even a funding cut would have been something to get used to but to have it all taken away is incredible and I just can’t see what the reasoning is behind it.”

British Fencing described its funding cut as “unexpected” after its performance in Rio, where Richard Kruse came within two points of claiming the country’s first Olympic fencing medal for 52 years, in the men’s foil.

“This is obviously a very disappointing and unexpected decision for everyone in British Fencing and one which we will be seeking to appeal,” the governing body said.

“We recognise the financial constraints that UK Sport is operating under. However, over the last cycle the programme has transformed into a recognised and professional world-class programme which is delivering consistent and improving international results.

“We believe that our athletes have the talent, skills and determination to win Olympic medals and this decision is a serious setback for them and the wider sport.”

British Gymnastics chief executive Jane Allen said: “Given the resources available to meet the demands of extremely strong high-performance systems within many national governing bodies that are currently delivering on the world stage, British Gymnastics believes our allocation is a very fair one that rewards our historic results in the last Olympic cycle culminating in our best ever Olympic Games.”

Cycling has had its funding cut by more than £4 million, to just over £26 million, despite winning 12 medals in Rio – six of them gold – to exceed its target of ten.

Rowing and modern pentathlon were the only sports not to meet expectations in Rio, and both have had their funding trimmed by around £500,000 and £300,000 respectively.

UK Sport has had to review its funding of elite sport because of a £30 million funding shortfall, attributed to fewer people playing the National Lottery.

A total of £350 million was handed out for the four years leading to Rio – Team GB won 67 medals at the Olympics and 147 at the Paralympics, finishing second in both medal tables – but that investment has fallen to £345 million for the Tokyo Olympic cycle.

Rod Carr, the UK Sport chairman, said: “These are critical funding decisions for sports to take them on their journey to Tokyo 2020 and beyond so the historic success at Rio can be maintained.

“We have received incredible support from the government, who have confirmed their commitment to funding our ambitions through to Tokyo 2020, providing the financial assurances needed for the continued evolution of our high-performance system to ensure the athletes and sports with strong medal potential have what they need to inspire the nation.”

A decision has been deferred on UK Sport’s investment in wheelchair tennis while it explores the Lawn Tennis Association and Tennis Foundation’s ability to access sufficient non-grant income to fund themselves.